On July 5, 1984, 23-year-old footballer Diego Maradona arrived at SSC Napoli for a record amount. The club had never won a major tournament before and wanted to be more successful. The charismatic Argentinian drew Naples to their first ever victory and was adored by many. In a city where even the devil still needed bodyguards, Maradona grew bigger than God.

This documentary tells the story of the rise and fall of star football player Diego Maradona. Based on more than 500 hours of archive material, the film paints a unique portrait of this man, rebel and hero. Director Asif Kapadia also made the successful documentary Senna, about the life and tragic death of Brazilian Formula 1 icon Ayrton Senna. In 2016, he won an Oscar for his documentary Amy, about singer Amy Winehouse, who passed away in 2011. For his latest film, he got Diego Maradona himself on board, who gave his full support. 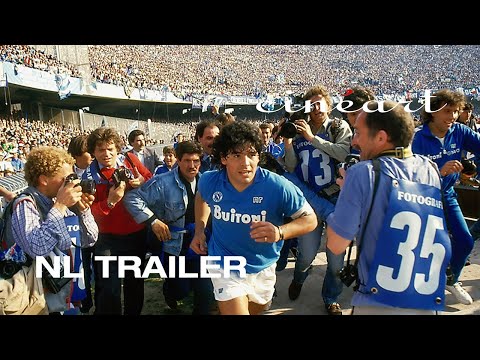